Longer Itineraries
Journey from Tokyo Along the Joban Line and Witness the Recovery from the Great East Japan Earthquake
The Great East Japan Earthquake caused significant damage to the people living in Japan's Tohoku region. In this journey, you will travel along the Joban Line from disaster-prevention spots in Tokyo to areas in Tohoku that were hit by the disaster. By first visiting spots in Tokyo that have survived natural disasters and fires, and then heading to disaster-affected areas in Tohoku and seeing how they have recovered, you will be able to think more deeply about the impacts of natural disasters and about how important disaster prevention is.
Days 1 to 3
Visit Disaster-Prevention Related Spots in Tokyo
During days one to three, you will visit spots in Tokyo where you can learn about disaster prevention, and during these three days you can gain valuable experience from this history of disaster prevention awareness!
As you learn about disaster prevention, you can also enjoy the cityscape of Tokyo.

On day one you will go to Ueno Park, an oasis in the center of Tokyo, and which also has history as being the first city park in Japan. When the Great Kanto Earthquake occurred in 1923, it was used as an evacuation spot and shelter for residents. Ueno Park also has nearby art museums and a zoo, so make sure to stop by them while you are in the area!

During the next day, you will visit the Great Kanto Earthquake Memorial Museum, a memorial hall with exhibits related to the 1923 Great Kanto Earthquake. At the museum, you can become familiar with the history of Tokyo's reconstruction while looking at photographs and materials from the time of the earthquake.

For the third day, you will visit the two Karakuri Yagura clock towers in the Ningyocho neighborhood. Through the Karakuri mechanical puppets you can learn about the great successes of fire brigades during Japan's Edo period. There are also many spots for gourmet meals and lunch, no matter where your feet take you, with the long-established tempura and soba noodle restaurants being particularly recommended.
1
Ueno Park
The first spot to visit in Tokyo is Ueno Park. Ueno Park was opened in 1873, soon after the Meiji Restoration started a new era for Japan, and is the first city park in Japan, consisting of Shinobazu pond and a plateau called Mt. Ueno. Despite being located in close proximity to Ueno Station, the park is quite large, approximately 53 ha (approx. 131 acres), and can be described exactly as an oasis within the city. In 1923 it was used as an evacuation site and shelter after the Great Kanto Earthquake. In addition to large grassy areas, there are also cultural facilities such as art museums and a zoo in the same area as the park, so Ueno Park can be enjoyed all day long. The zoo's entrance fee is a very reasonable ¥600 for adults.
more 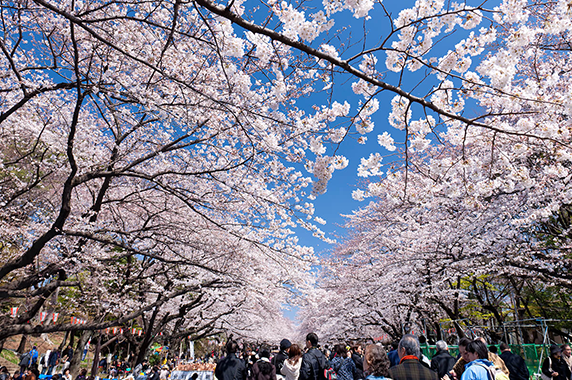 20 minutes by train(non-JR lines)
2
Great Kanto Earthquake Memorial Museum (Yokoamicho Park)
The Great Kanto Earthquake Memorial Museum in Yokoamicho Park displays materials covering the 1923 Great Kanto Earthquake, the recovery from the earthquake, and the bombing of Tokyo during World War II. In addition to displaying damaged daily necessities and actual incendiary bombs, the museum also displays materials related to the bombing of Tokyo and the reconstruction from the war. Seeing and knowing the misery of war will make visitors think of peace once again. The museum is about a 10-minute walk from Ryogoku Station, and admission is free. There is also a children's playground and a Japanese garden within the park, making it perfect for walking on sunny days.
more 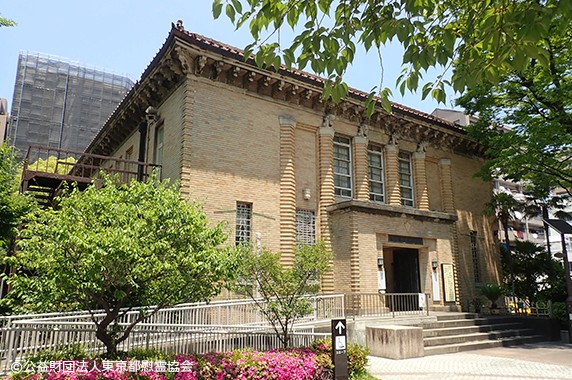 10 minutes by train(non-JR lines)
3
Ningyocho Neighborhood (Karakuri Yagura clock tower inspired by Edo period fire brigades)
There are two Karakuri Yagura clock towers in the Ningyocho neighborhood, where a quaint, pre-war cityscape remains. On the Suitengu side of the Ningyocho neighborhood is the "Edo Rakugo Karakuri Clock Tower" and near Ningyocho Intersection is the "Machi Bikeshi Karakuri Clock Tower," and a few times during each day mechanical puppets will come to life for 2-3 minutes. At the Machi Bikeshi Karakuri Clock Tower the Karakuri mechanical puppets will teach you about the activities of the town fire brigades. After observing the Karakuri Yagura clock towers, enjoy some of the gourmet foods unique to Ningyocho, such as at the Imahan restaurant, which is famous for its sukiyaki and shabu-shabu dishes. Also recommended is a stroll through the long-established downtown area of Amazake Yokocho.
more 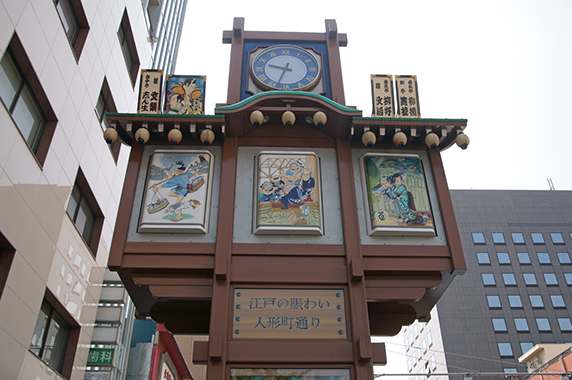 On day four, you will visit Tokyo's Azabu-Juban neighborhood, which recovered from the air raids of World War II and today has become a lively shopping district that is visited by many people. Taking a walk through the area while appreciating the monuments in Azabu-Juban is recommended.

On day five, you will head to Nihombashi, a neighborhood where you can feel Tokyo's history. Despite being damaged by both the 1923 Great Kanto Earthquake and the fires from the bombing of Tokyo during World War II, the town has had a fantastic recovery. This visit is also an excellent chance to enjoy the gourmet foods that are unique to Nihombashi, a town of traders and shopkeepers.

On day six, you will visit Sensoji Temple, which has existed for 1,400 years and is the oldest temple in Japan. Sensoji Temple has been in the Asakusa neighborhood of Tokyo for more than a thousand years, and has gone through multiple disasters and fires. If you have time, it is also fun to visit "Asakusa Hanayashiki," which is Japan's oldest amusement park.
4
Azabu-Juban
The Azabu-Juban neighborhood has a celebrity image, but it is also an area that was once devastated by air raids. Numerous buildings were destroyed by the widespread fires from the air raids, but, after that, it was gradually reconstructed and is now a lively shopping district. A variety of art works, such as the "Monument of Smiles" series, which was created in cooperation with the embassies of 12 countries, are installed on the shopping streets of Azabu-Juban, and you can appreciate them while strolling through the area.
more 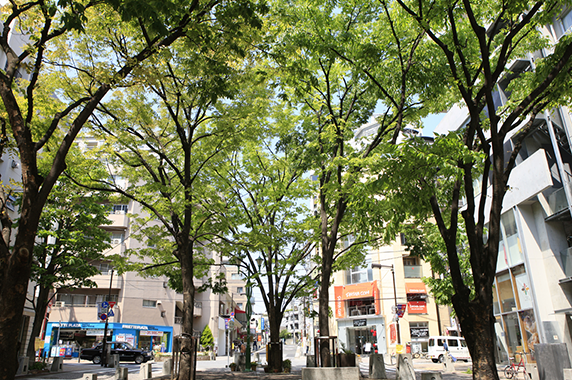 15 minutes by train(non-JR lines)
5
Nihombashi
The Ishibashi bridge in Nihombashi is one of the symbols of Tokyo. When it was first constructed, it was a "drum-type" bridge, but now it is a double-arch bridge. Together with seeing the Ishibashi bridge, also make sure to view the famous "Kirin Statues" - both are powerful and impressive structures, and really let you feel Nihombashi's history. The Nihombashi area has prospered as a merchant town for a long time, and today it has everything from long-operating traditional restaurants to fashionable cafes. On days with poor weather, you can avoid the rain and enjoy both shopping and gourmet food at COREDO Nihombashi, a commercial facility directly connected to the station.
more 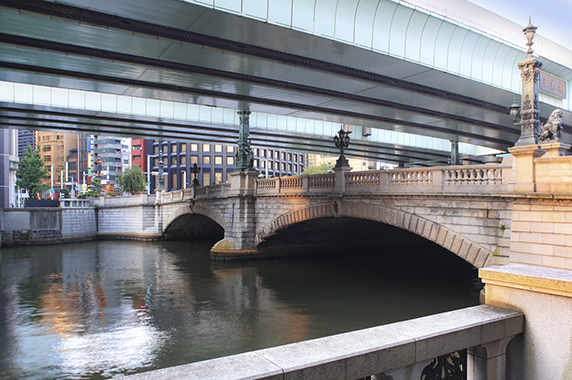 15 minutes by train(non-JR lines)
6
Sensoji Temple
Sensoji Temple, which is said to be the oldest temple in Tokyo, has existed in the Asakusa neighborhood for over a thousand years. Its appearance, which continues to be loved by many people even after having been through multiple disasters and fires, can truly be called a symbol of resilience. In addition to Sensoji Temple, Asakusa has numerous attractions such as "Asakusa Hanayashiki," which is Japan's oldest amusement park, the Kappabashi Kitchenware Town, and the "TOKYO CRUISE" water bus. The entrance fee for Asakusa Hanayashiki is ¥1,000 (a separate ride ticket is required to enjoy the attractions), and the "Asakusa Mini Pleasure Cruise (¥1,200)" is an approx. 30 minute ride on the TOKYO CRUISE water bus that takes you around the Asakusa area.
more 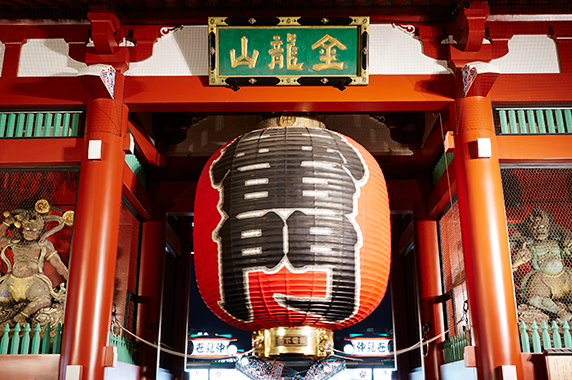 40 minutes by train(non-JR lines)
Days 7 to 9
To Locations that Trace the Memories from the Great East Japan Earthquake
In Tokyo you looked at the history of disaster prevention in Japan, so now the second half of your trip will take you to the Tohoku region, where particularly severe damage was caused by the Great East Japan Earthquake in 2011. It will be a journey where you learn many things, such as both the enormous damage and the hope of reconstruction. 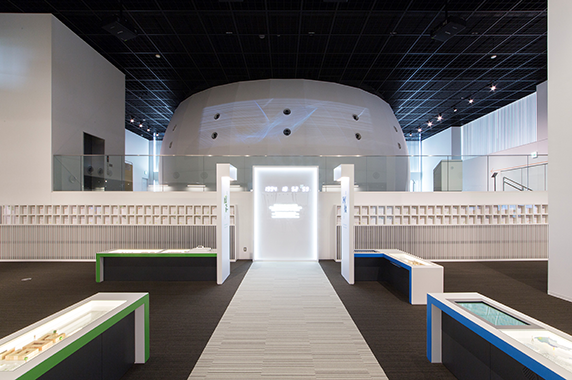 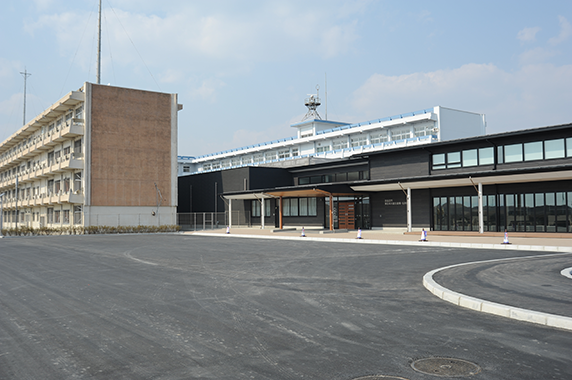 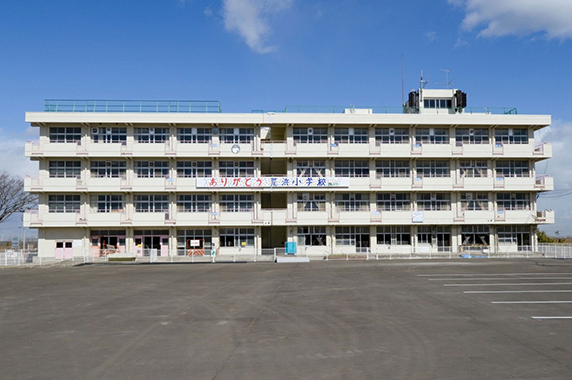 This journey introduced a trip along the Joban Line that begins at disaster prevention sites in Tokyo, goes to famous places in Tokyo that have survived disasters in the past, and then goes to disaster-hit areas in Tohoku. Through this itinerary you can deeply learn about the impact that the Great East Japan Earthquake had on Tohoku, and can also learn about the importance of preparing for disasters. By visiting not only the remains of the earthquake, but also fun facilities and cafes that have reused and repurposed the disaster sites, you will be able to see the hope for the reconstruction of Tohoku. Example transportation have been provided for reference, but walking around and exploring in the areas near the spots introduced in this journey is also recommended.

*The information provided here is as of March 2022.
*Transportation information does not include the number of transfers or transfer time.
*Admission fees may be charged depending on the spot/facility. For the latest information on business hours, days when spots/facilities are regularly closed, and prices, etc., please check the website for each spot/facility.
COPYRIGHT © TOHOKU × TOKYO ALL RIGHTS RESERVED.