After taking the Toei Streetcar (Toden) Arakawa Line and enjoying the nostalgic atmosphere of the Shitamachi area in Tokyo on foot, head to Fukushima and soothe your tired body in a spa and savor the mouthwateringly delicious seafood. 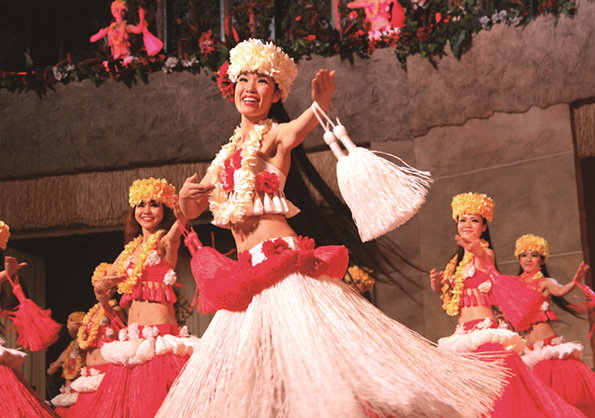 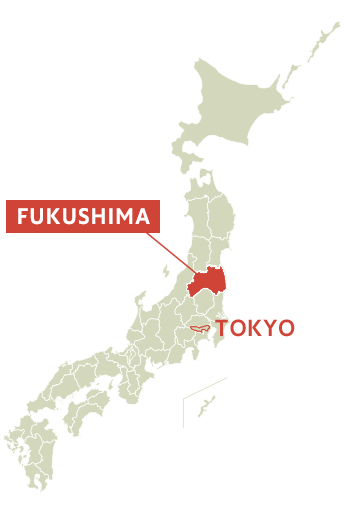 JAL772 Examine the directions from your country 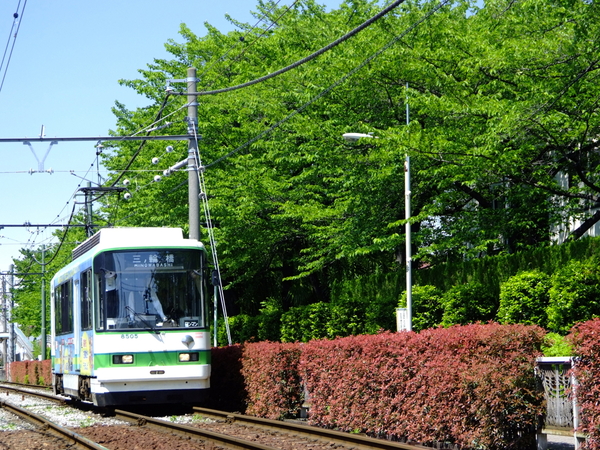 Toei Streetcar (Toden) Arakawa Line is a streetcar that runs from Minowa of Taito-ku, a neighborhood that very much retains the Shitamachi (old Tokyo downtown) atmosphere, to Waseda, known as the site of the university by the same name. The gentle ride is so laid back it's hard to believe that this is an actual means of transport in Tokyo.
Visitors can enjoy sights that are well off the beaten track to their hearts' content, including shopping centers, Arakawa Yuen, Asukayama Park, Togenuki Jizoson Kogan-ji Temple, and Kishimojin. Nothing can beat a trip along the Toei Streetcar (Toden) Arakawa Line for those who want a taste of local life. 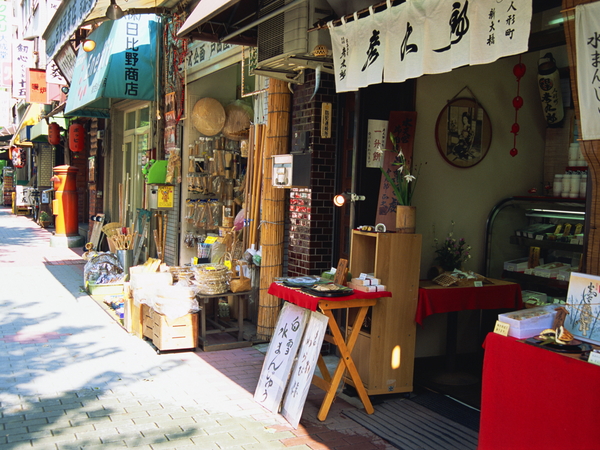 Amazake Alley is the small approximately 400-meter long street extending from the Amazake Yokocho Intersection just outside Ningyocho Station to Meijiza. It was given the name "Amazake Alley" because there used to be a shop selling amazake (sweet sake) at the entrance to the alley during the early Meiji Period. Even now amazake is sold at the many sake, Japanese-style confectionary, and other shops, and many people love walking down this alley to experience the Shitamachi (old Tokyo downtown) atmosphere. 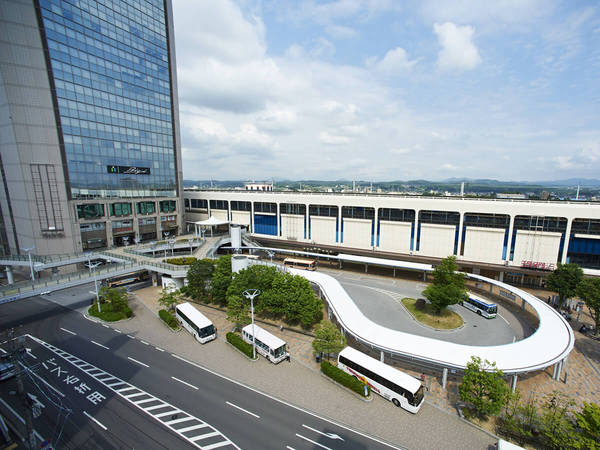 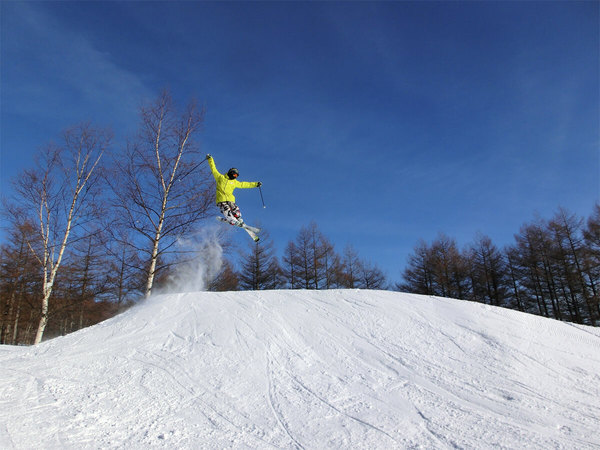 As the ski resorts of Urabandai are located at a high altitude, they remain open until the beginning of May. In addition to serious skiing and snowboarding areas, since the resort also has gentle slopes for sledding and playing in the snow aimed at families and beginners, there are areas where everyone can enjoy the snow. Grandeco Snow Resort is one of the few ski resorts in Japan that offers a 3,500m beginner's course. Full sets of gear can be rented at the resort, so there is no need to worry. 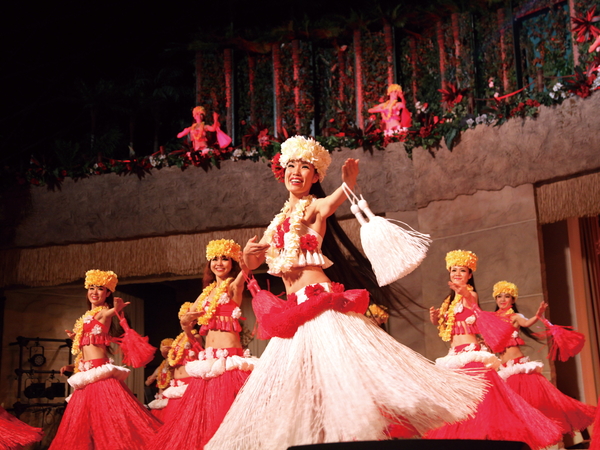 Spa Resort Hawaiians is a major leisure facility consisting of large hot spring pools, hot spring baths, hotels and a golf course. The Grand Polynesian Show performed by the Hula Girls is a must-see.
The Fish-Go-Round was unveiled in July 2015, allowing people to float in a flowing pool while viewing tropical fish at the same time.
Moreover, the Edo-Jowa Yoichi is one of the world's largest open-air baths, boasting a huge size of over 1,000 m2 when the men and women's baths are combined. For this the spa resort is known as being the greatest of its kind, offering an exciting experience that's enough to make visitors forget that they are in Tohoku.

On the same premises adjoining the facility 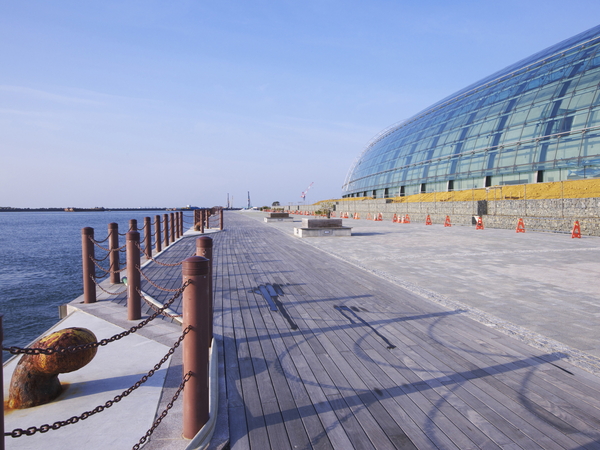 An aquarium with a memorable glass exterior. Distinctive for its exhibits recreating the environments of where living creatures (including plants) inhabit. Approximately 800 species and 80,000 living creatures are exhibited. Marine life can be observed while walking through a tunnel passing through a large water tank. Observing the impressive movements of fish schools is particularly impressive. Outside, visitors can interact with life on a giant artificial beach that recreates the nature of the coast. Fishing, backyard tours, and other interactive experiences are held every day, so families can enjoy them together. 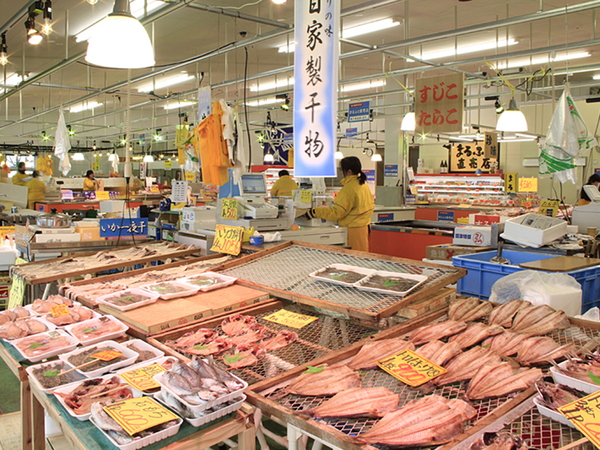 This facility was opened on July 25, 1997, as Iwaki's Tourism and Products Center. The two-story facility has various zones on each floor, including those with restaurants, fish shops, and gift shops.
The front of the facility is lined with shops selling seafood, and inside the central entrance are gift shops, restaurants, tourist information centers, etc. There are also restaurants on the second floor, and the administration office. Moreover, the Iwaki Day Cruise terminal is found by the West Entrance. The Live Iwaki Museum on the second floor is free, and visitors may enjoy videos and panels introducing the history and tourist attractions of Iwaki City, as well as exchanges with its sister city.

This tour showed me a completely different side to Tokyo - the side without any tourists! It was wonderful to explore the local neighbourhoods, visiting temples and trying delicious tempura like a Tokyo resident. I was also pleasantly surprised by the powder soft snow at Grandeco Snow Resort that you could dive right into and had a lot of fun at Spa Resort Hawaiians - a unique themed spa resort in Fukushima.

This is a great itinerary for those wanting to stay active while relaxing at some of Japan’s secret, off-the-beaten track destinations.