After taking in 360-degree views of the city from Tokyo City View, travel to Akita Prefecture to experience kamakura, which are rooms carved out of mounds of snow. See the traditional townscape and experience traditional events in a tour that will bring you into contact with an exciting new culture. 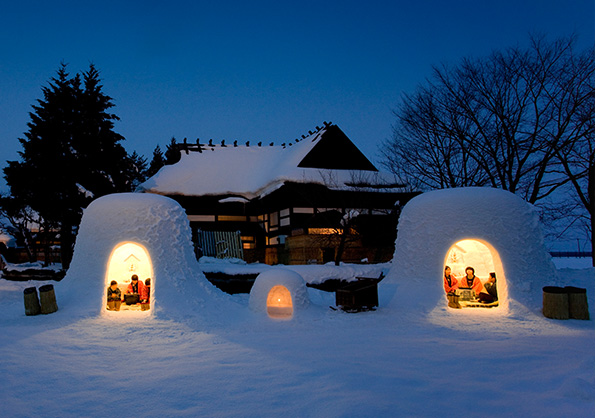 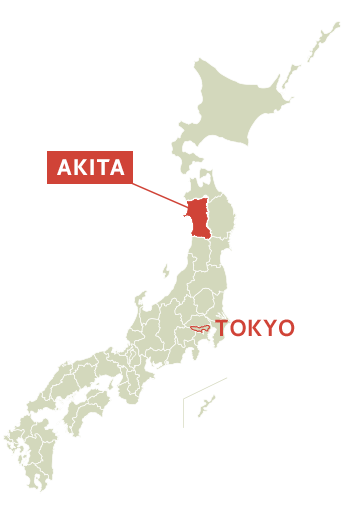 ANA880 Examine the directions from your country 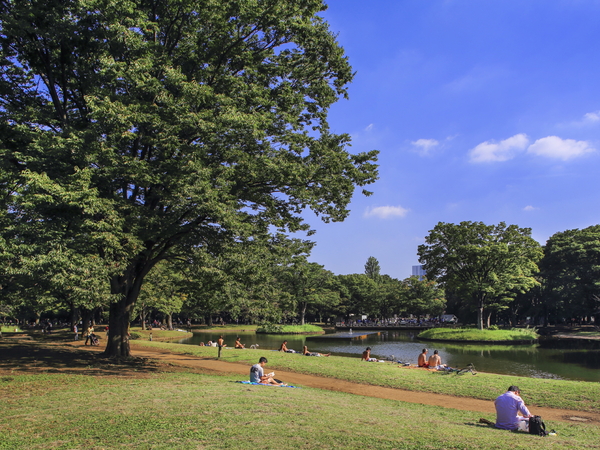 Tomigaya is a residential area located in the central western area of the Shibuya district. Known also as Oku-Shibuya (the depths of Shibuya), it has a calm atmosphere with elegant cafes and restaurants scattered throughout the area, and it has been quietly gaining popularity. Yoyogi Park is also located close by. 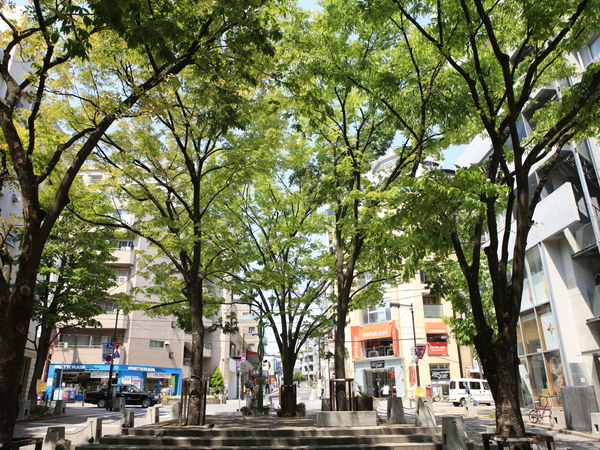 Azabu-Juban is an area that is popular among overseas tourists, as well as foreigners living in Japan. It is close to Roppongi, while retaining the atmosphere of Shitamachi (old Tokyo downtown). The shopping area in Azabu-Juban is a mix of new and historical shops, which keep people entertained as they stroll through the area. 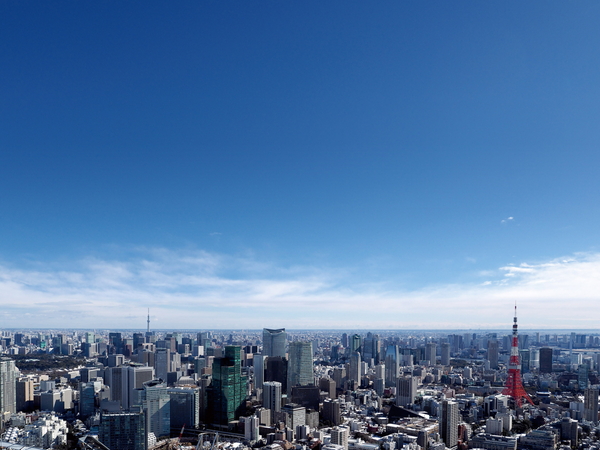 Tokyo City View, situated in the heart of Tokyo, features an indoor observation gallery 250 meters above sea level and an outdoor Sky Deck 270 meters above sea level. It commands a view of landmarks such as Tokyo Tower and TOKYO SKYTREE, and on a clear day even Mt. Fuji. The Sky Deck is a special space open to the sky and breeze. 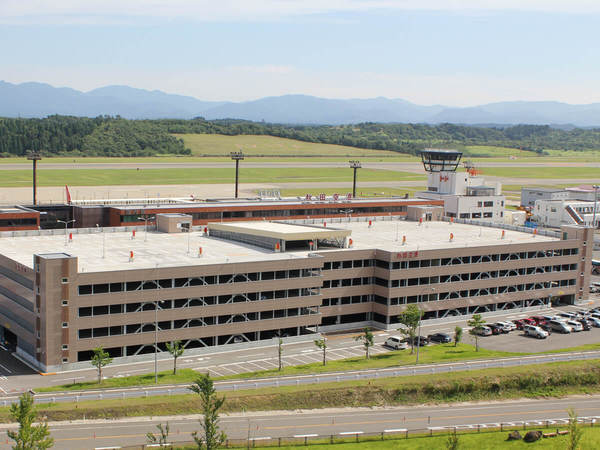 Akita Airport is a “municipal park” type airport located about 25 kilometers southeast of the Akita city center.
It has regular flights to Tokyo, Sapporo, Nagoya, and Osaka. (Service to Seoul is currently suspended.)
The Akita Airport Liner taxi van (also possible for single-person rides) provides service to sightseeing areas.
The Akita Airport Souvenir Plaza Gift Shop (Omiyage Hiroba) offers a pleasant subdued atmosphere for souvenir shopping with a sense of Akita cedar. Its rich selection of goods includes items sold only at the airport, as well as freshly gathered seasonal foods and saké from local breweries. 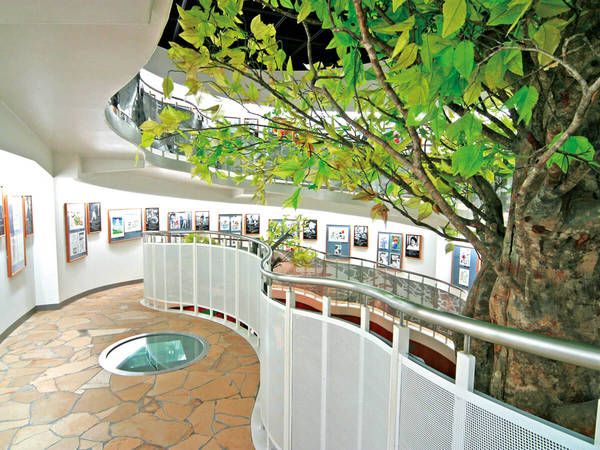 Japan's first manga-themed museum centered around the works of Takao Yaguchi, a Yokote City native, who was famous for multiple titles, including Tsurikichi Sanpei.
The museum introduces the original drawings, works, and animations of 100 famous artists from inside and outside Japan. Special exhibitions are held multiple times a year (paid), attracting many fans from Japan and abroad. 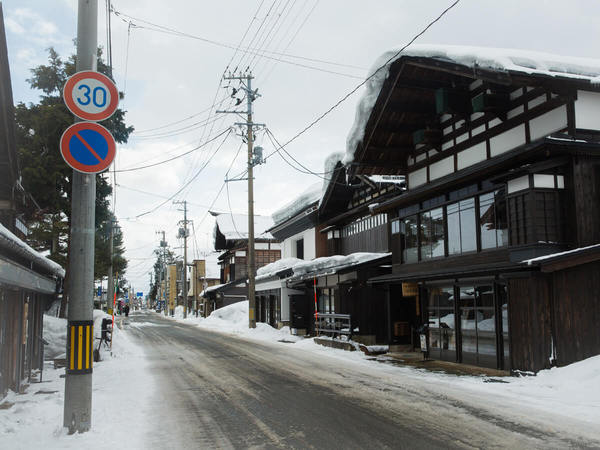 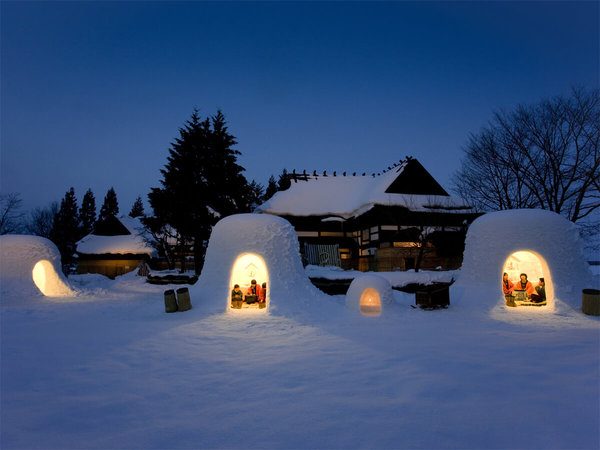 Kamakura were originally built as places to give offerings to a water deity enshrined in the front and to pray for family safety, commercial success, and a bountiful harvest.
Every year on February 15 and 16, during the time of the Lunar New Year, about 100 kamakura are built throughout Yokote City. During this time, children treat with amazake drinks and mochi rice cakes while saying, "Come into the kamakura." 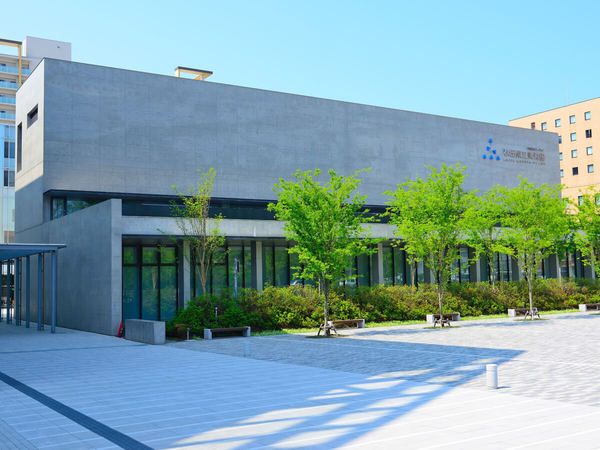 Akita Museum of Art was designed by a leading Japanese architect, Tadao Ando. The museum features works by world-renowned artist painter Tsuguharu Foujita, as well as planned and special exhibitions of various artists. A work of particular note is the large painting "The Events of Akita" that Tsuguharu Foujita painted while covering Akita. 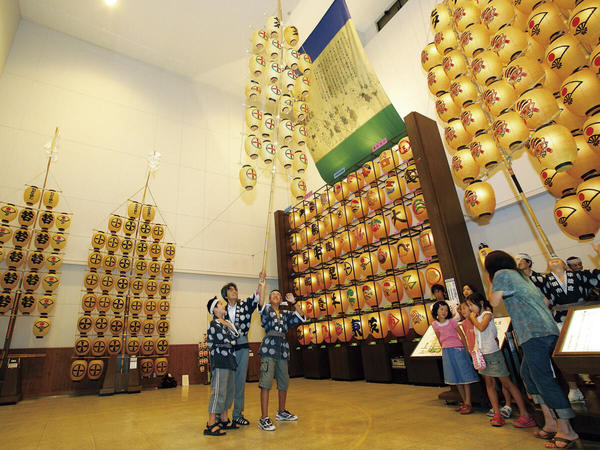 The Kanto Festival is a unique custom practiced in Akita, and is a festival that is representative of Japan. A variety of information about folk events in addition to the Kanto Matsuri are also on display.
There is also a "challenge corner" where visitors can try out the Kanto performance. The festive atmosphere of the center can be experienced all year round.

The tour was exciting, and I got to discover new "hidden" places in Japan. I learnt so much that can help others visit these less well known locations in Japan.

With Akita just a one hour flight away from Tokyo, it's a perfect mini-trip for those seeking unique and traditional Japanese culture. From looking out over bustling Tokyo from the Mori Museum sky view, to being served hot sake in a timber house in the middle of a snow covered village, it’s amazing what a short one hour flight from Tokyo can offer.