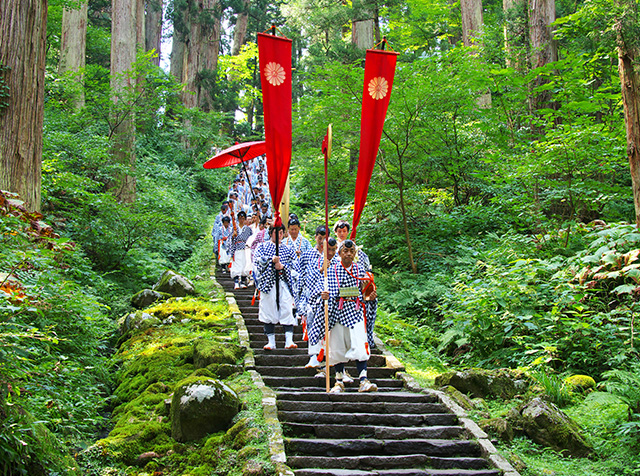 About YAMAGATA
Click here for the three-night, four-day itinerary

ANA844 Examine the directions from your country 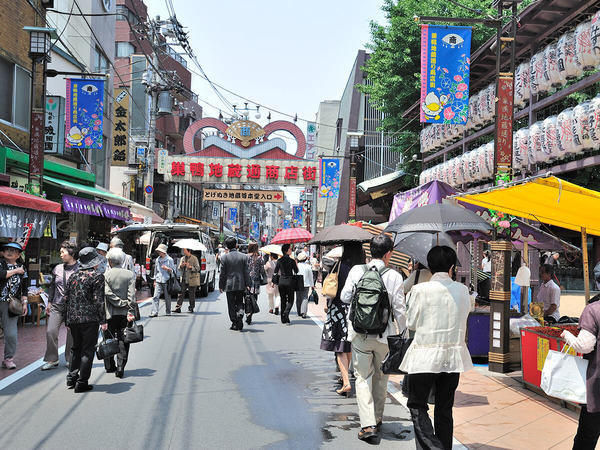 Sugamo Jizo-dori street has prospered as a commercial district and place of worship since the middle period of the Edo era. Lined with temples and tiny shops, it not only preserves the good old landscapes and culture of Japan, but also treasures the old-fashioned hospitality of merchants. 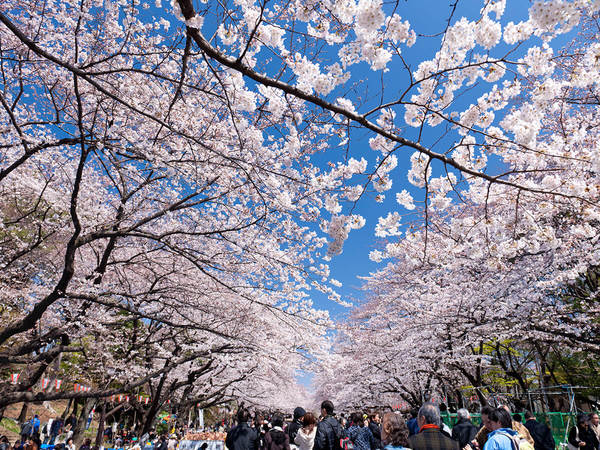 Ueno Park is one of Japan’s first designated parks. It was established by Cabinet decree in 1873 along with Shiba, Asakusa, Fukagawa, and Asukayama Parks.This area was once the grounds of Toeizan Kaneiji Temple during the Edo period. After the Meiji Restoration, the land became government property. It was eventually given to Tokyo City in 1924 by the Imperial Household Ministry.At first the park consisted of the Kaneiji Temple main building and mausoleum, Toshogu Shrine, and the cherry trees within the temple ground. The museums, zoo, and art galleries built later transformed it into a park with a more cultural feel. 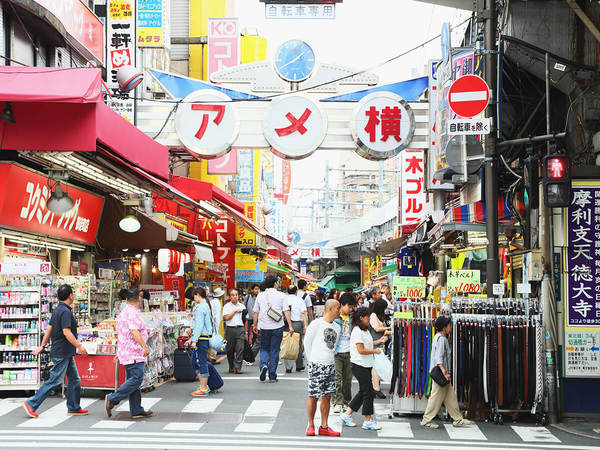 Ameyoko is a shopping street full of life now and in the old days, in addition to fresh food and candy, it also has shops offering clothes, shoes, bags, and even cosmetics. The good-humored vendors of each shop are firm supporters of face-to-face interaction. The area is always lively with vendors calling out to potential customers. While it is famous for fish and crabs, apart from grocers, there are countless shops that carry shoes, clothing, and even international knick-knacks. 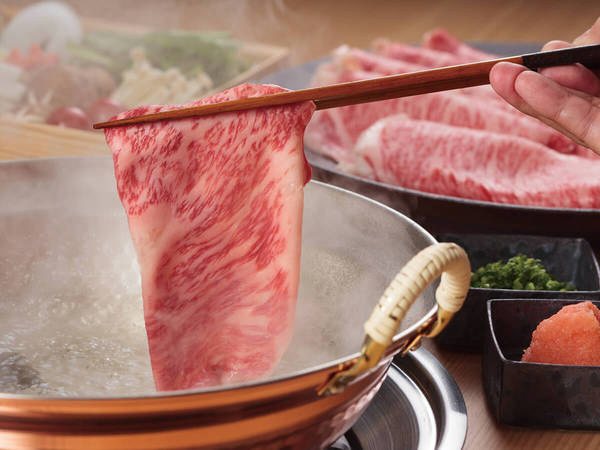 Roppongi is home to many embassies, so there is a concentration of stores and restaurants aimed at non-Japanese patrons. Roppongi Hills and Tokyo Midtown are giant complexes that offer refined shopping and eating during the day, in addition to their nightlife. The Shabu Shabu & Sushi Specialty Restaurant 'Hassan' offers shabu-shabu of beef from black-haired Japanese cows, sushi, tempura, and crab shabu-shabu. Here, throughout all four seasons, diners can enjoy luxurious ingredients representative of Japan to their heart's content. 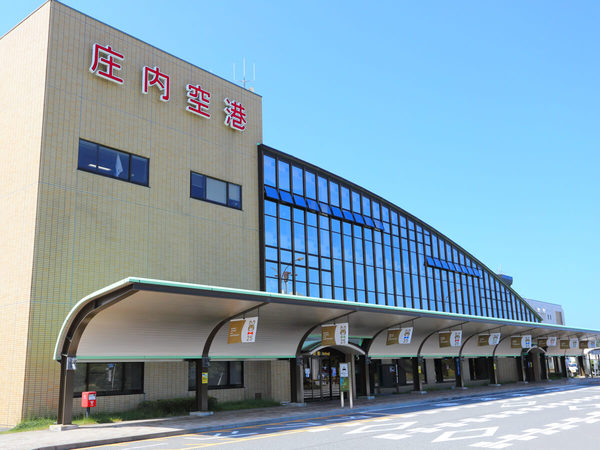 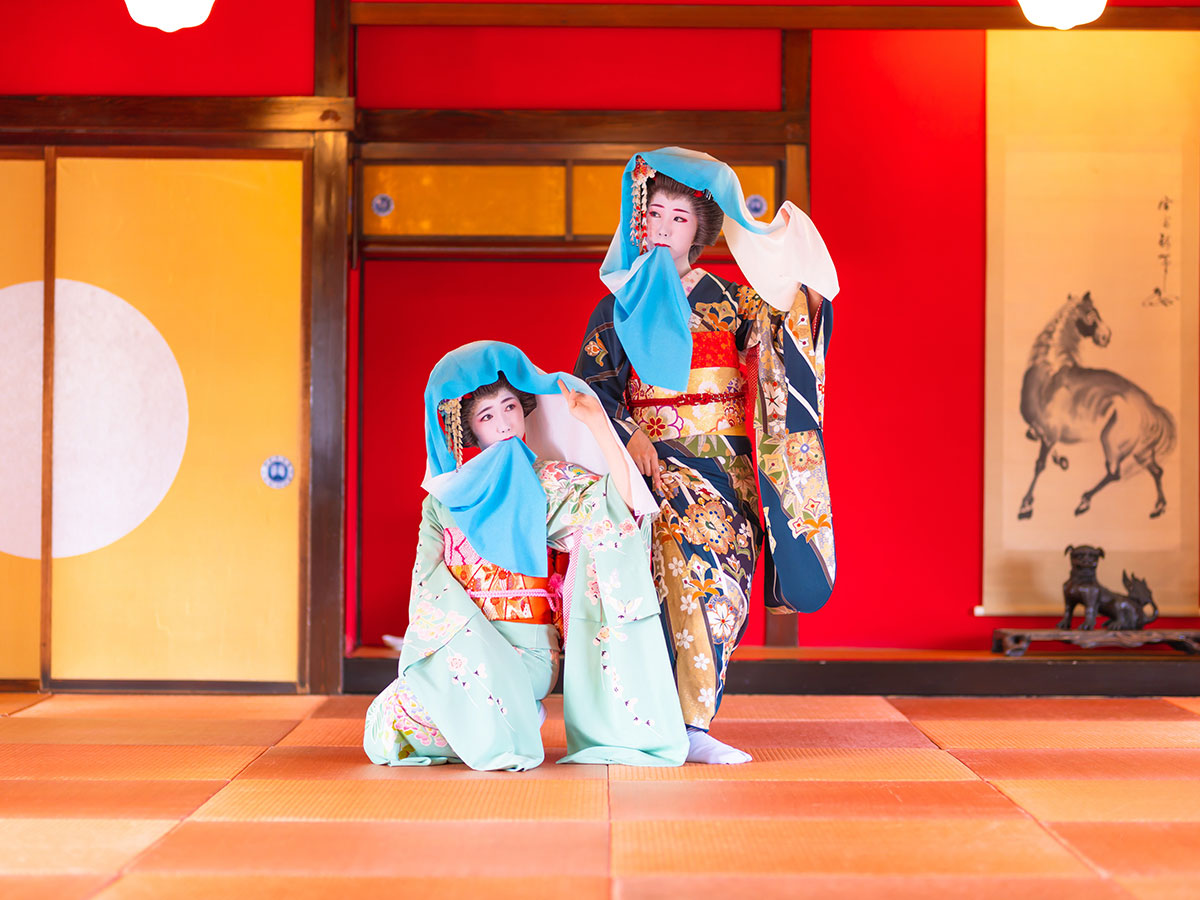 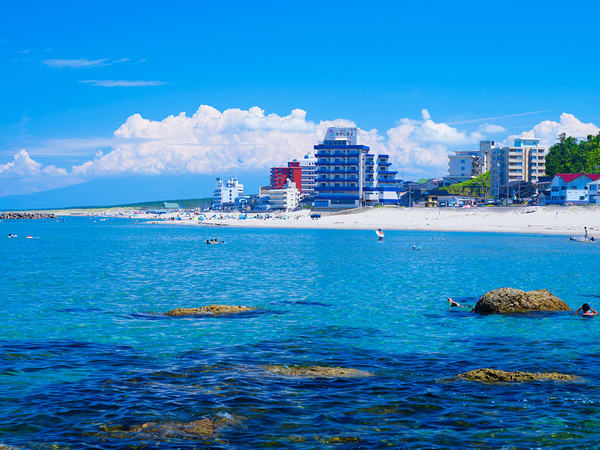 Yunohama Onsen is a hot spring resort first used 1000 years ago, with rows of modern hotels and inns along the coastline.
The open-air baths are a unique pleasure within the hot spring village by the beach. From these baths, see the kilometer-long Shirahama coast, known for wide sandy beaches, stretched out in front of you, and the sun sinking into the Sea of Japan, selected as one of the 100 best sunsets in Japan. From the inns and hotels with ocean views in the prefecture’s foremost resort, enjoy water sports on the clear blue sea at Yunohama Onsen. 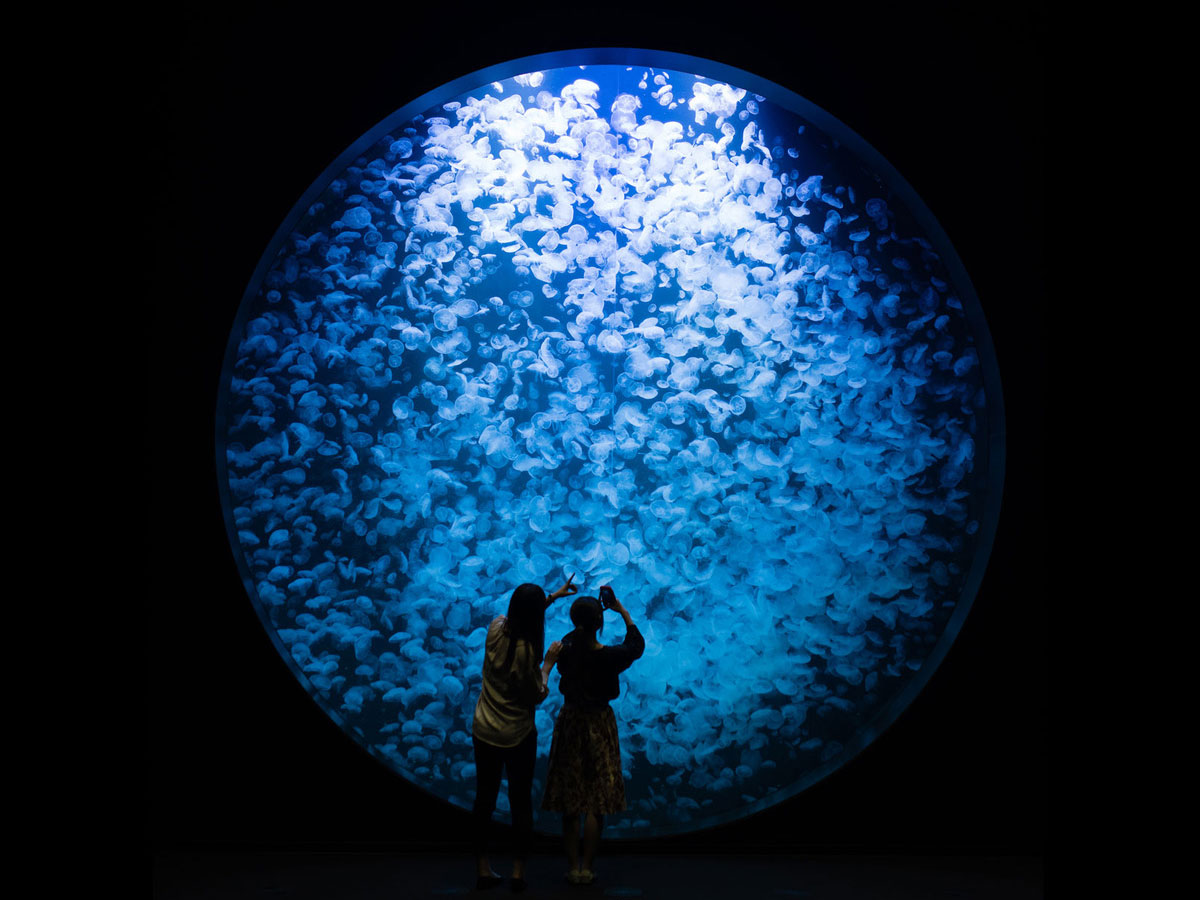 The most attractive point about the Kamo Aquarium is its large jellyfish tank with a diameter of 5m, making it the largest in the world. The world's greatest number of species of jellyfish are exhibited here, and the aquarium has been certified in the Guinness World Records for having the largest number of jellyfish on display. Furthermore, there is a restaurant serving healthy food made with jellyfish. The jellyfish ramen and ice cream are especially popular. 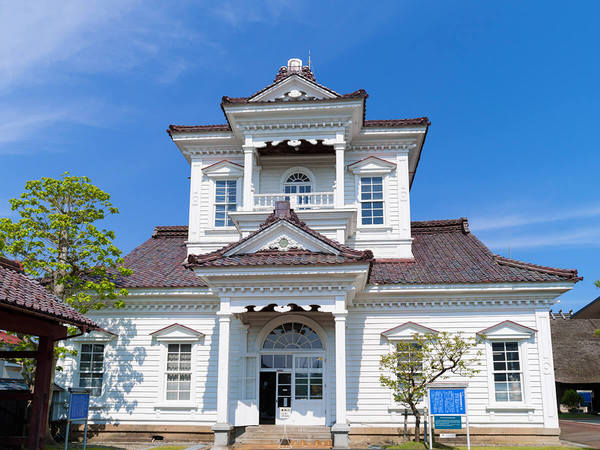 Formerly the “third circle” (sannomaru) of Tsurugaokajo Castle, used as the public residence of the Sakai family, a Shonai feudal clan, it is now open to the public as a museum. Inside are the former Nishitagawa-gun government office, a National Important Cultural Property, as well as multilayered private residences, the former Tsuruoka police station, and other historically important buildings. There is also a rare garden built with shoin-zukuri Japanese architecture. In addition, everyday objects telling the story of life in Shonai and 5,350 artifacts (eight types) of National Important Folklore Cultural Assets are stored and exhibited here. 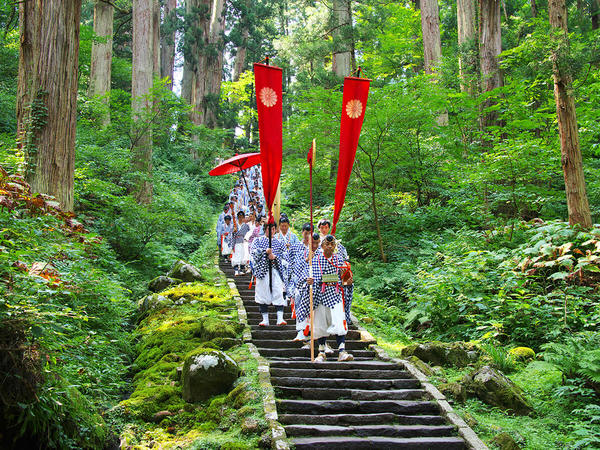 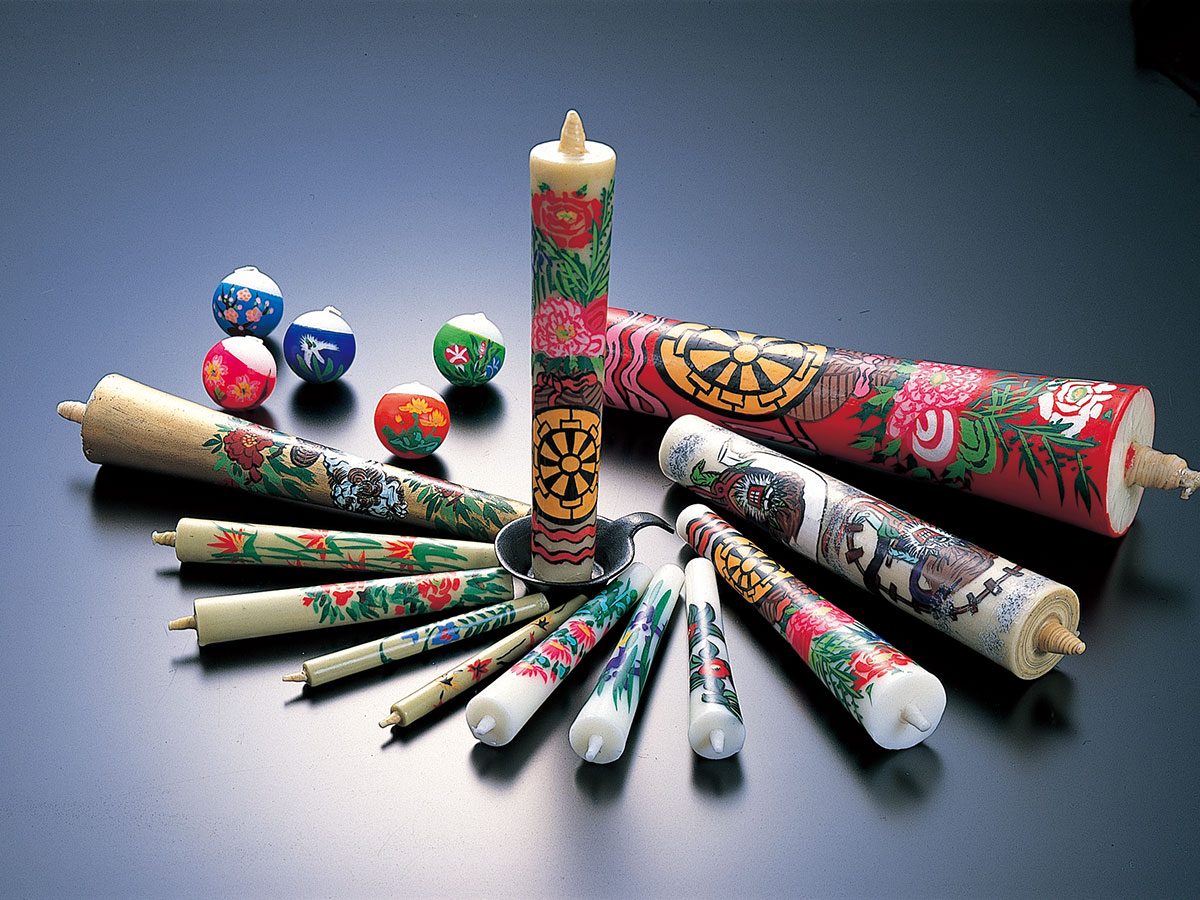 These candles have a long and distinguished history, and were among items presented to the Tokugawa government by the daimyo (feudal lords) when they traveled to Edo (modern-day Tokyo). Hand-painted, detailed, brightly colored patterns are popular. Learn how to paint these traditional patterns in the Togashi Candle Shop with gentle guidance, and you will be able to make your own picture candle in around an hour.

Recommendation of trip: Yamagata is a great place to experience the next time you find yourself in Tokyo and plan to go out of town for a few days. It's not very far away and you can either travel by train or plane which are both very convenient. Tokyo and Yamagata are very different in terms of what you will see, eat and experience so you will definitely have a good time in both places. If you ever get lost, just ask the friendly locals and rest assured they will try their best to help you.

Tokyo had a completely different face when visited as a tourist, as opposed to as a place to live.
Yamagata Prefecture is a place of scenic beauty, and the snowy landscape of Mount Haguro was etched into my memory.