This route primarily introduces the Shibuya Scramble pedestrian crosswalk, which is symbolic of the dynamism of Tokyo, and the Hiraizumi World Heritage Site that was built to pray for peace and conveys the glory of the past to the present. 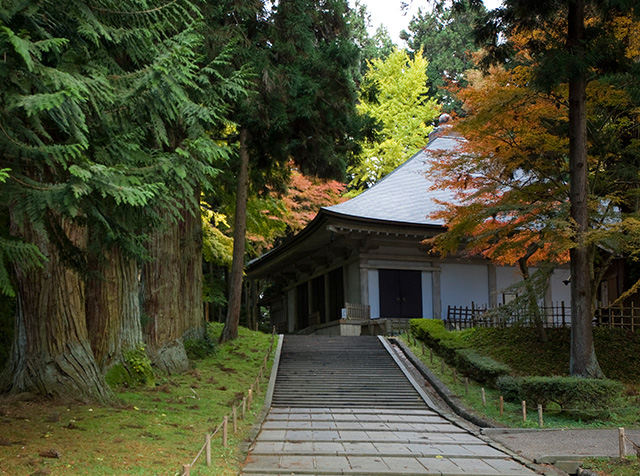 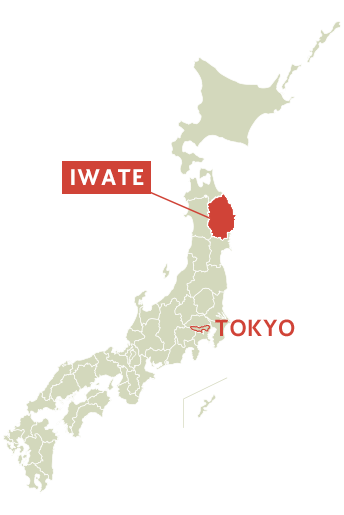 JAL032 Examine the directions from your country 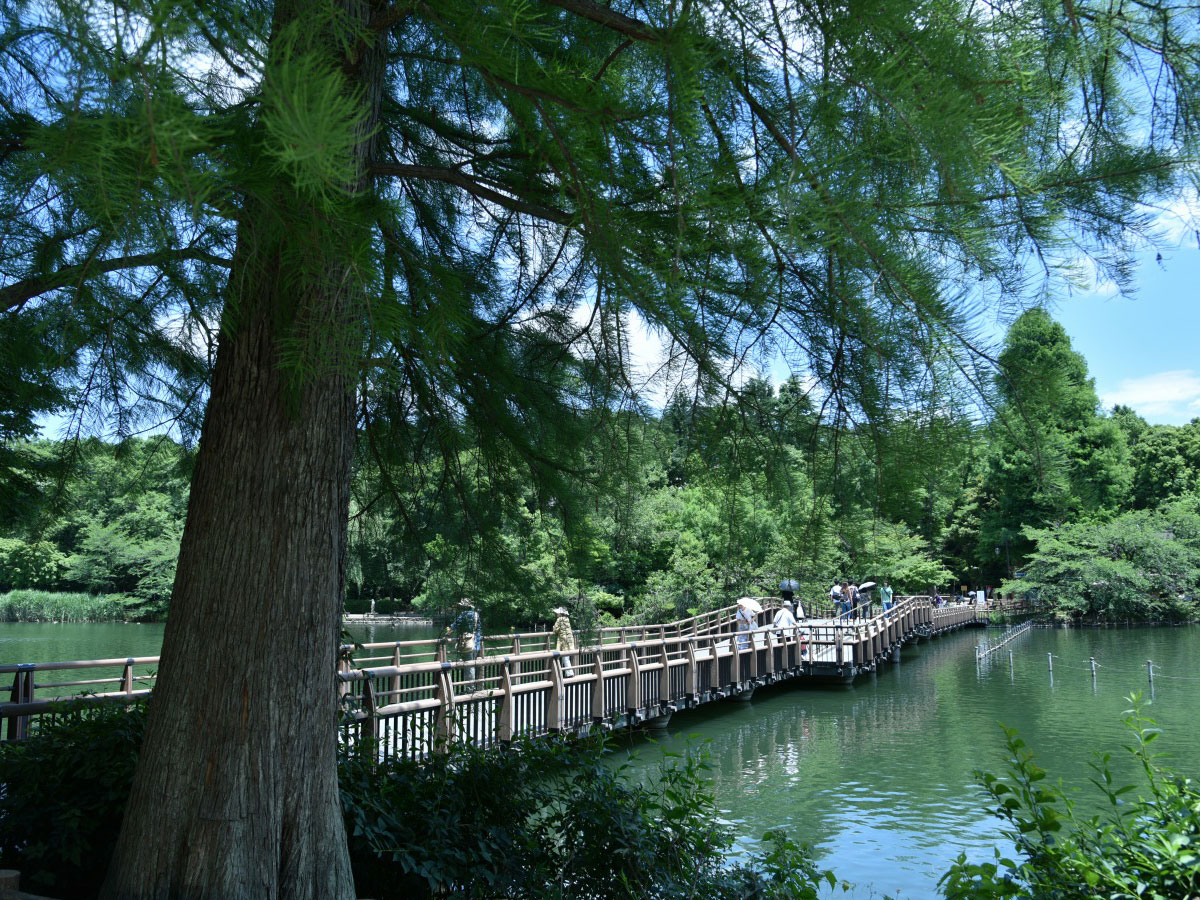 Spend your time however you please in Inokashira Park, an oasis of rest and relaxation in the middle of the city, whether you prefer walking, jogging or picnicking. Inokashira Park Zoo, and the Ghibli Museum in Mikata, well patronized by fans since it first opened, lie within the park grounds. After taking a leisurely stroll in the park, enjoy shopping or eating in the unique alleys and shopping streets in front of the station. Easily accessed from Shinjuku and Shibuya, this town, overflowing with nature despite being busy, is highly popular with people regardless of their age, for its relaxed atmosphere. 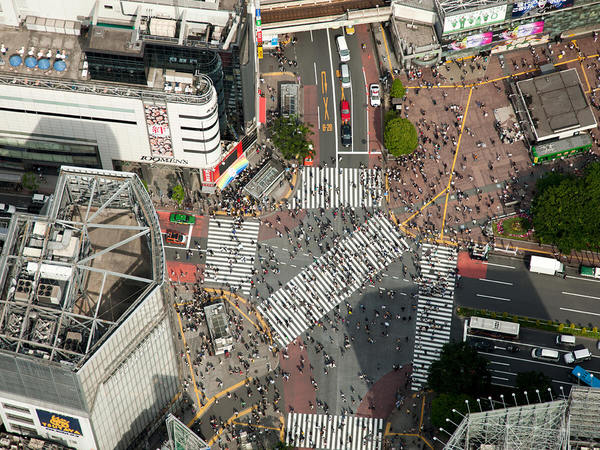 Shibuya district is the origins of youth culture. You will find several famous restaurants, bars, night clubs and live music venues flourishing among rows of stylish department stores and shops with a constant vibrant and youthful atmosphere. Shibuya is definitely the place to go to if you want to get the latest kawaii (cute) trends published in magazines. In addition, you can also enjoy dining at fashionable cafés and affordable eateries. Situated in front of Shibuya Station are some of the district’s landmarks such as the statue of Hachiko and the “Shibuya Scramble Crossing.” 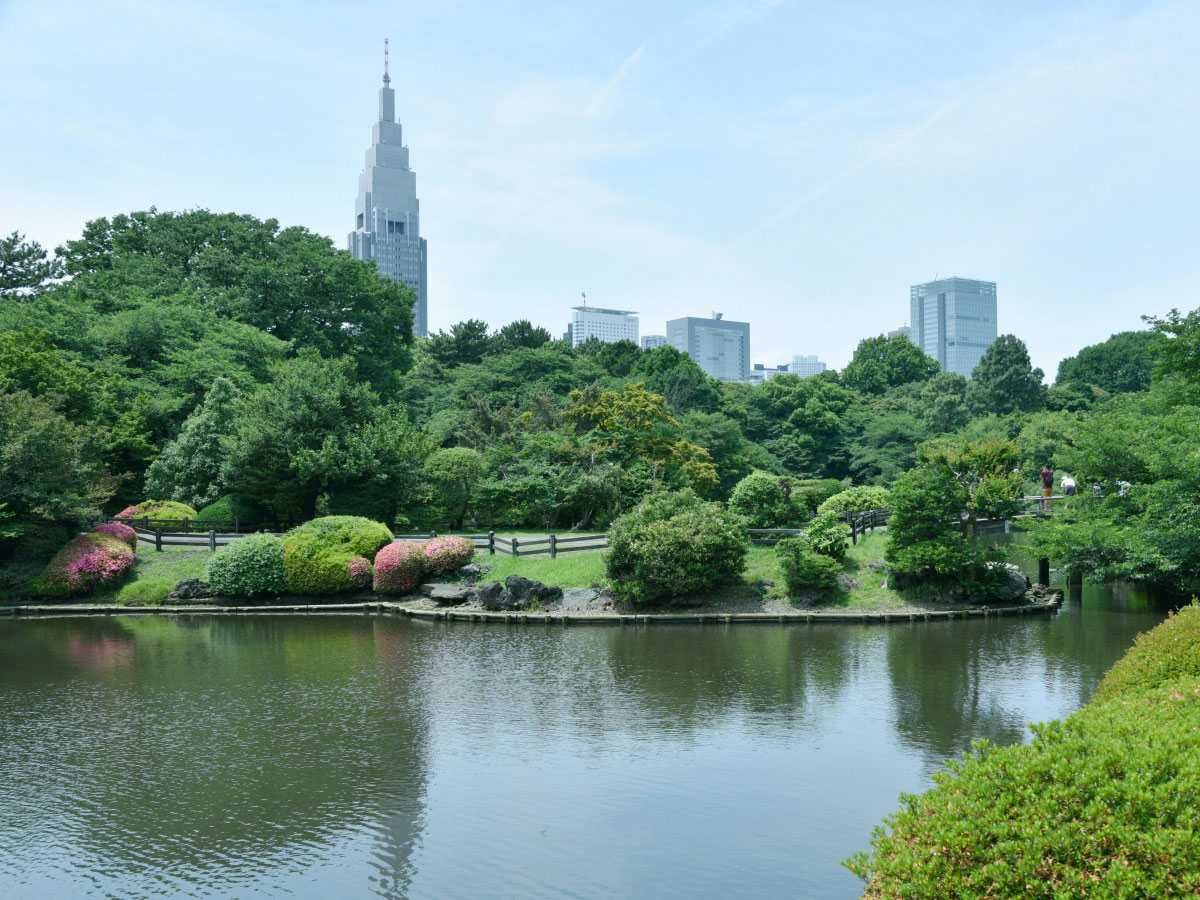 Completed in 1906 as an imperial garden, Shinjuku Gyoen was opened to the public in 1949. Inside the 58.3-hectare grounds, there is a Japanese garden,a formal garden, and a landscape garden, all skillfully designed.
Famous for cherry blossoms in the spring and red foliage in the fall, Shinjuku Gyoen is a place for rest and relaxation, an oasis in the city. 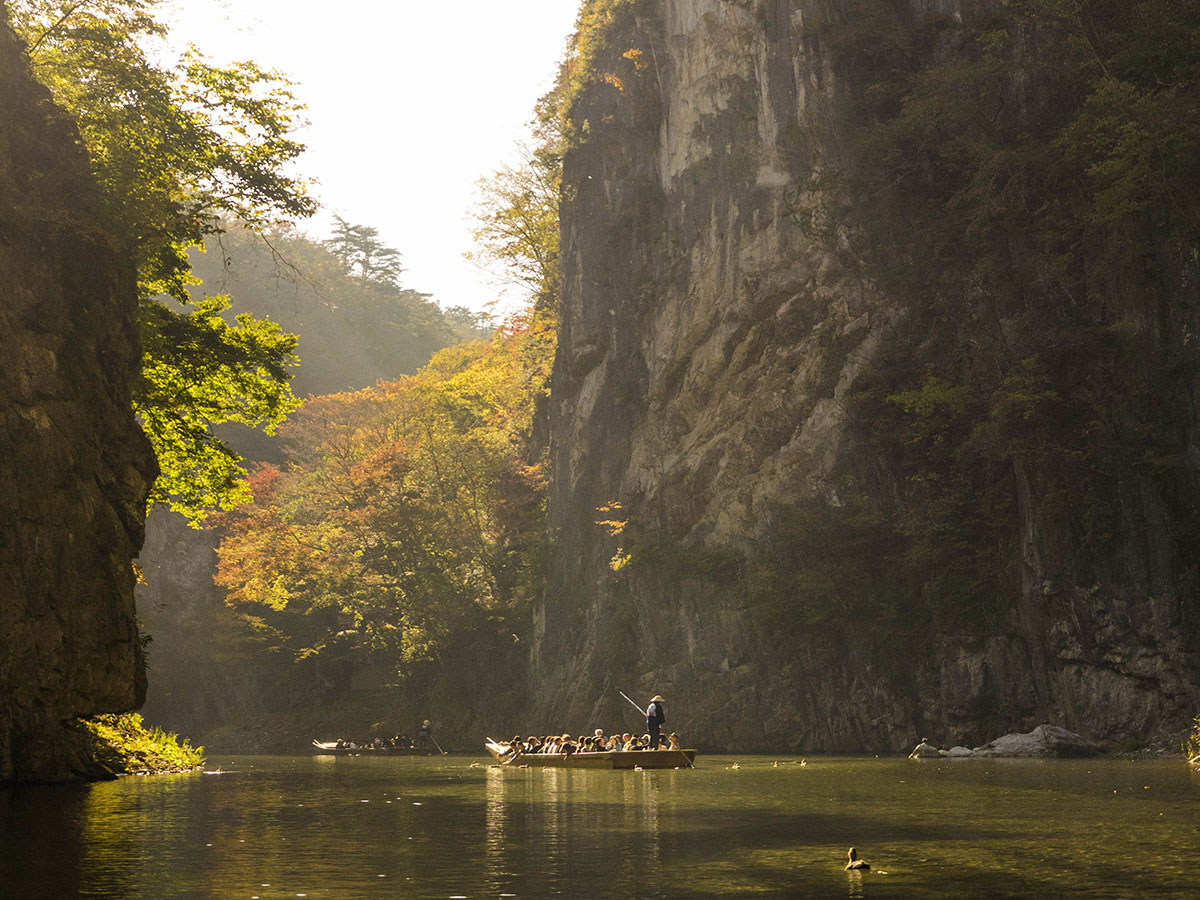 An approximately 2km-long ravine formed by the erosion of limestone by the Satetsu River. Steep cliffs of 100m in height tower on both sides of the ravine. The river flow is quiet and the captains of hand-rowed boats descending the river sing the song "Geibi Oiwake." The purple wisteria flowers blooming on the sides of the cliffs are one of the best sights of spring, especially the sight of the layers of drooping purple flower tufts on Fuji-iwa Rock which rises over the crystal clear water. 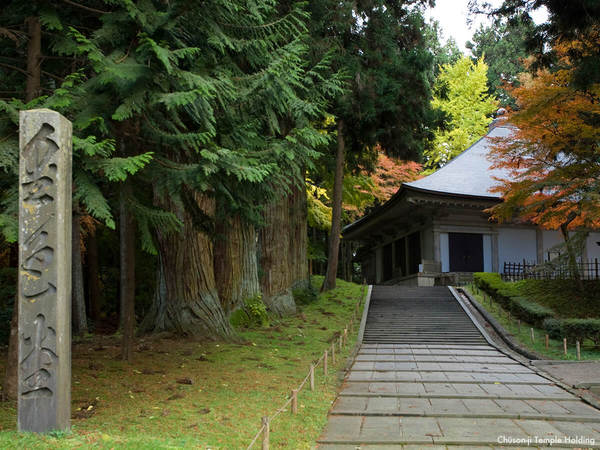 Founded by the monk Jikaku Daishi. Starting from the 12th century, the first Ōshū Fujiwara lord, Kiyohira, began the construction of a massive temple complex here, including two-storied pagodas and two-storied halls. They were built as Buddhist pure lands to give comfort to the spirits of the people who died in the long wars of the Earlier Nine Years War and the Latter Three Years War. Many of the temple buildings were burned down in the 14th century, but even now, the area is a treasure trove of Heian art with over 3,000 articles of National Treasures and Important Cultural Properties,principal of which is the Konjikidō Golden Hall. 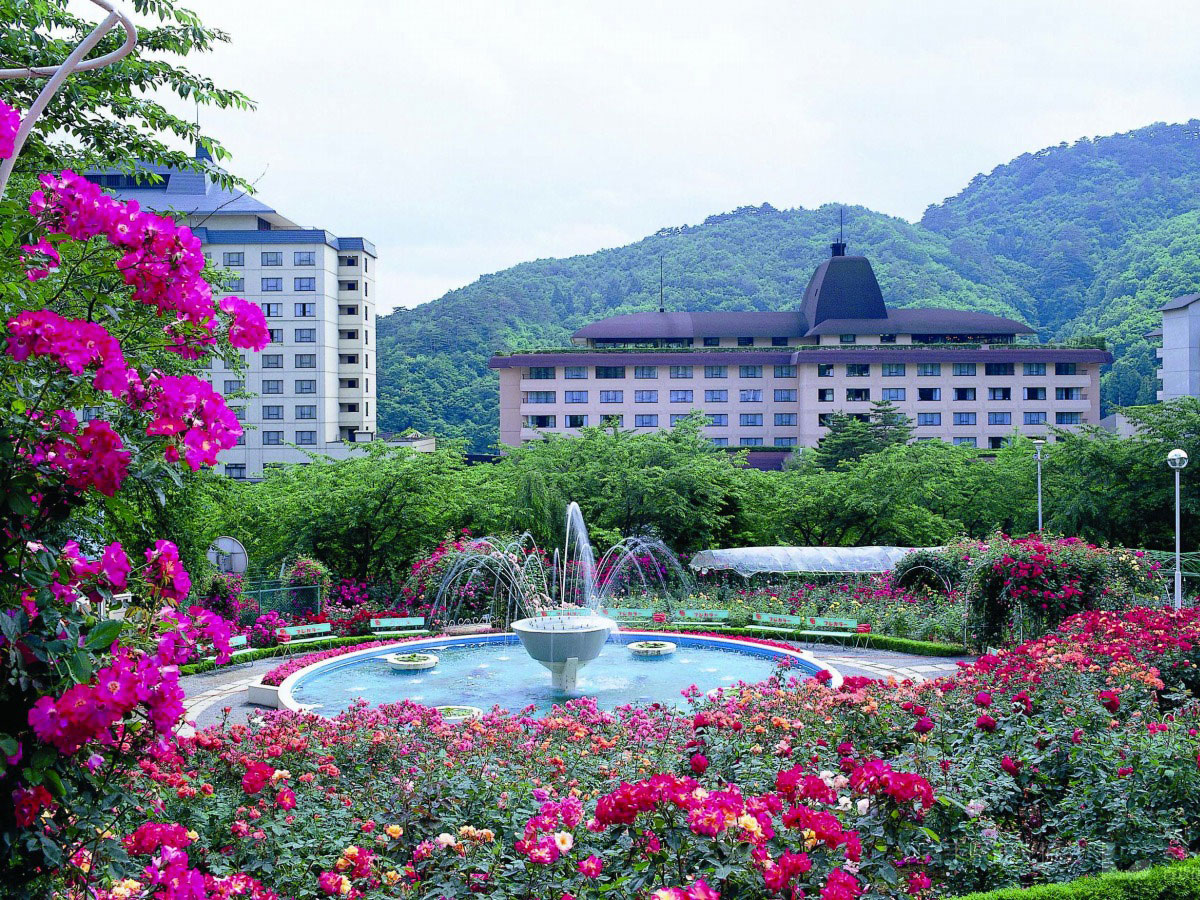 This hot spring was developed with water taken from Dai Onsen in 1923. The cherry trees and red pine woods, and the rose garden with a flowerbed sundial designed by poet and author Kenji Miyazawa, create an elegant and calm atmosphere. Hanamaki Onsen is widely known in Japan as a hot spring resort in northern Tohoku. The water of the hot springs is beneficial for rheumatism and neuralgia. 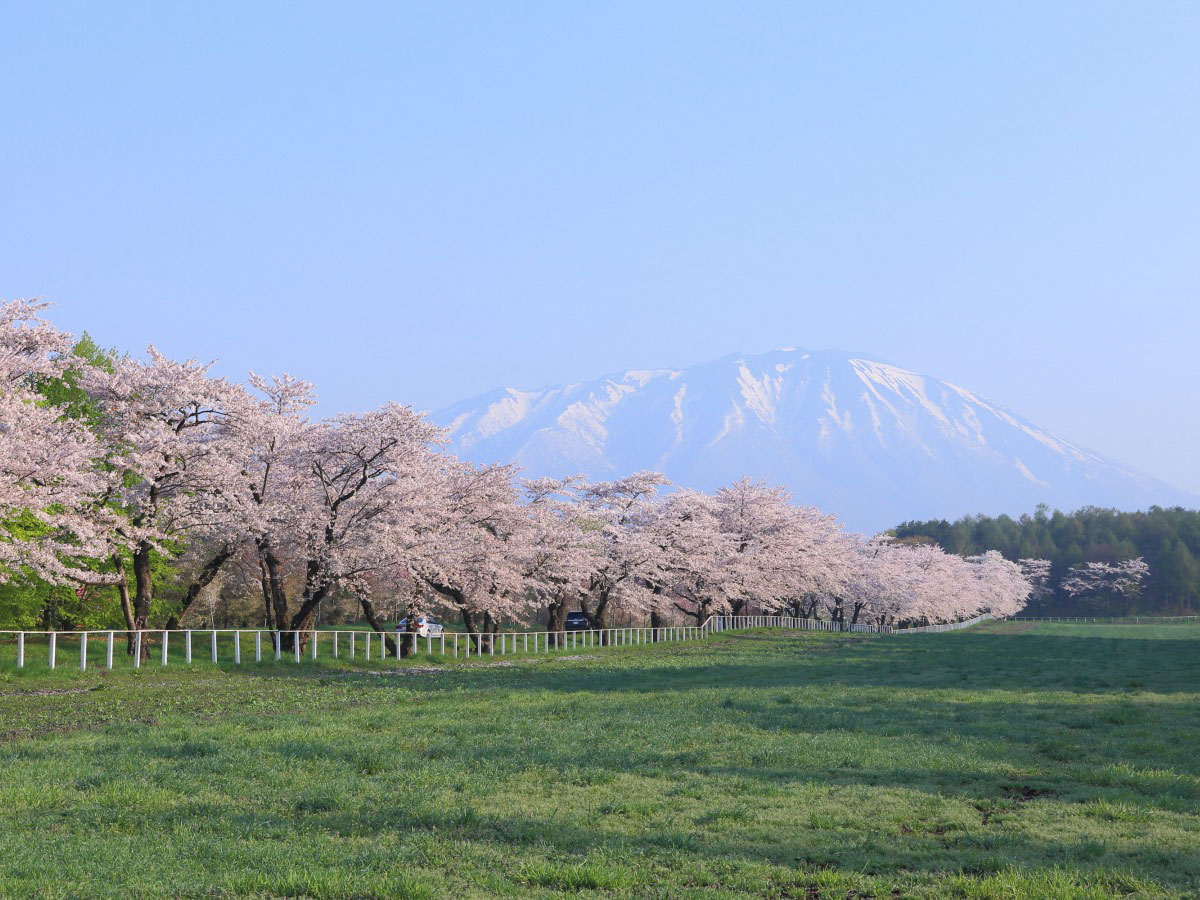 Situated at the foot of the beautiful Mt. Iwate, with sprawling, cheery green meadows, Koiwai Farm is a privately owned general farm boasting more than 100 years of history since it was founded. The farm is approximately 3,000 hectares, and farm activities include dairy farming, tree planting, forestry business, and tourism. The farm carefully raises animals such as cows and sheep in the midst of nature and the splendor of its changing seasons. 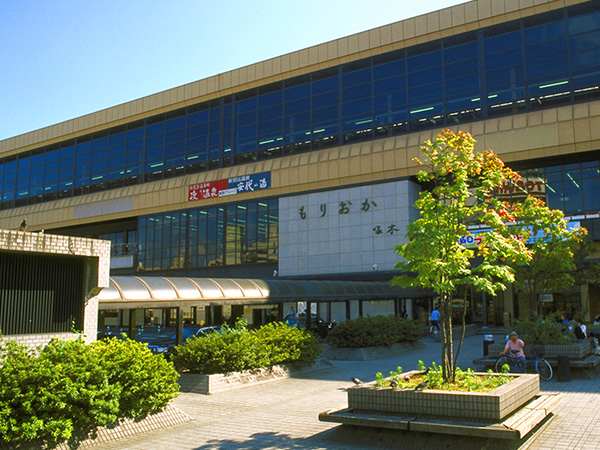 Morioka Station is the gateway for travel in Iwate and is a convenient area for tourist information as well as for food and souvenirs. The "Three Great Noodles of Morioka," bread popular with the locals, and other Iwate delicacies are a must-try. For shopping, in addition to the usual snacks and traditional folk crafts, a variety of souvenirs including new and popular items are on sale here.

I took a trip from bustling Tokyo to peaceful Iwate. It seemed to be a very short distance because I used my JR East Pass (Tohoku Area).

It includes extremely fascinating places not well known among tourists from Thailand, so it was a splendid trip and I was sorry when it ended.