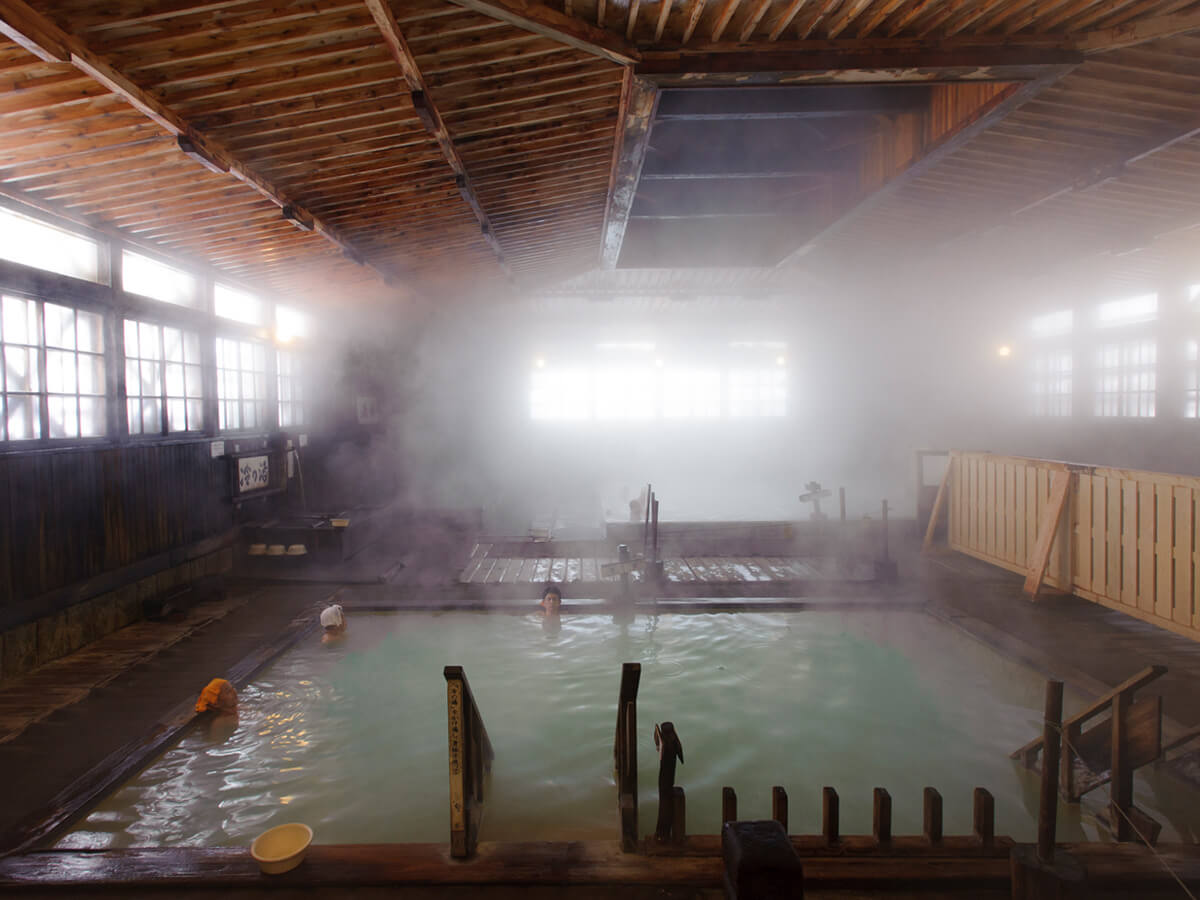 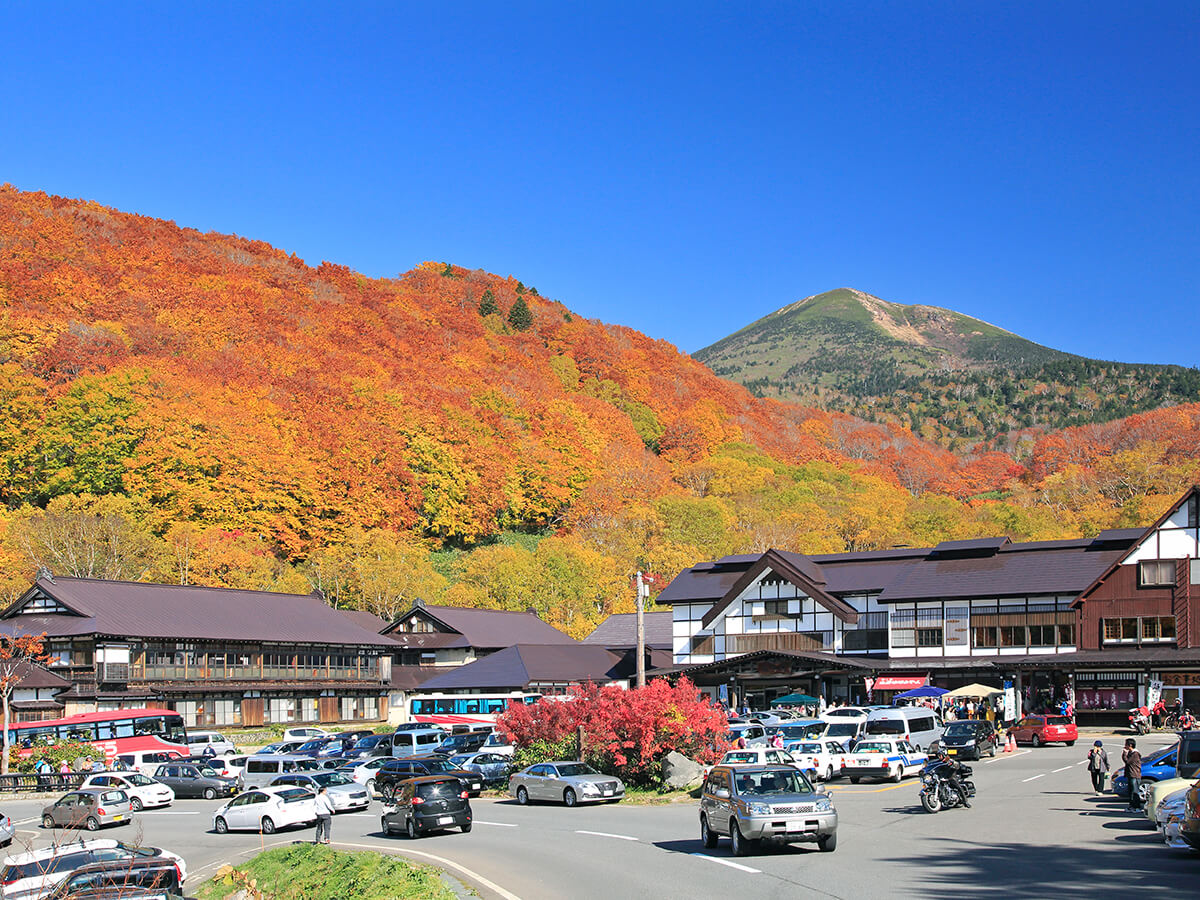 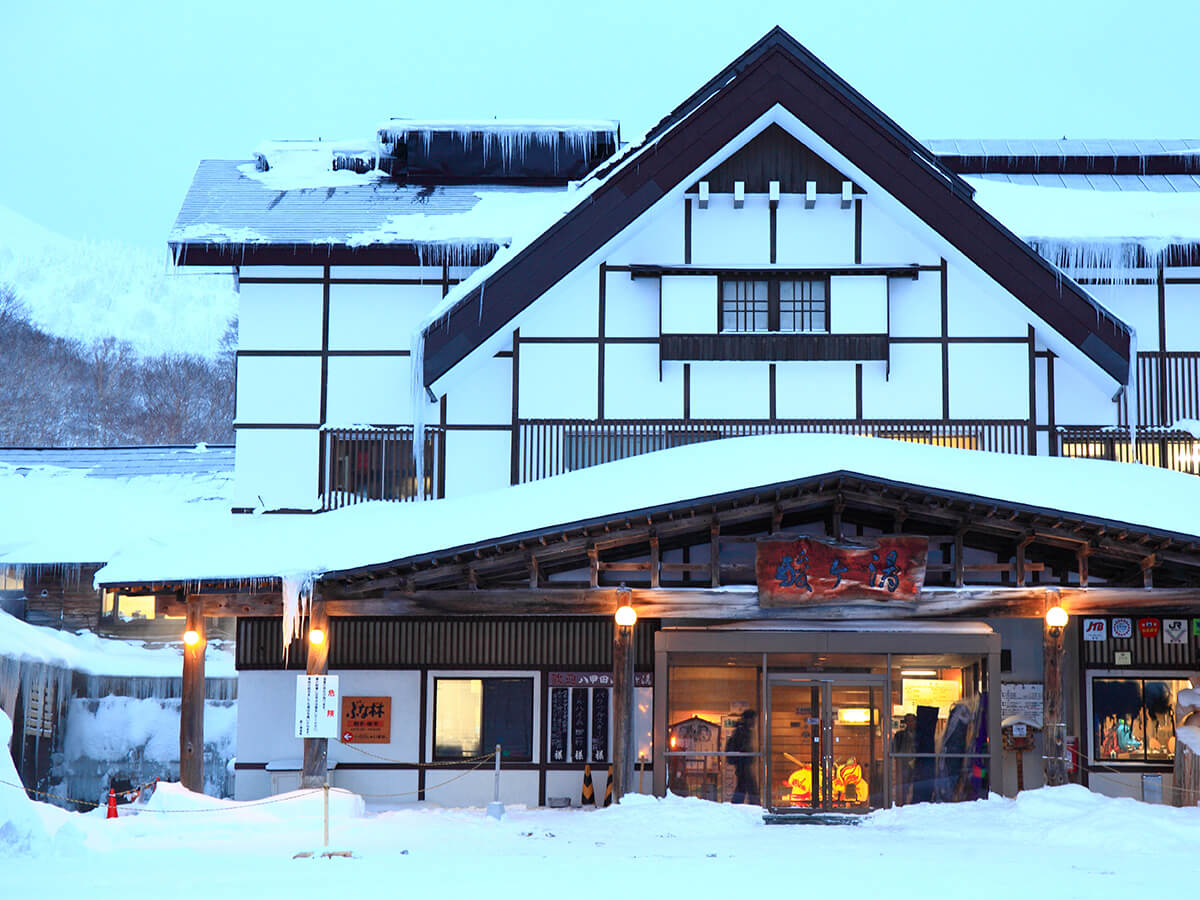 The Hiba Sennin Buro is a large, communal bath that is as big as 160 tatami mats. It was made entirely from hiba arborvitae wood, without a single support pillar, and it is famous throughout Sukayu Onsen. Consideration was given to installing screens and it features women-only bathing times, so it can be readily enjoyed by people that are new to mixed bathing.

At the Hiba Sennin Buro, men and women bathe together 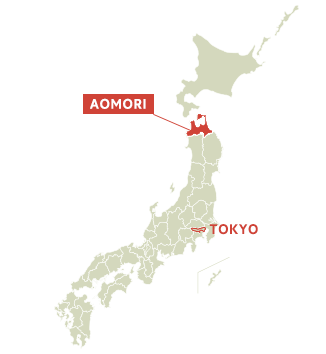