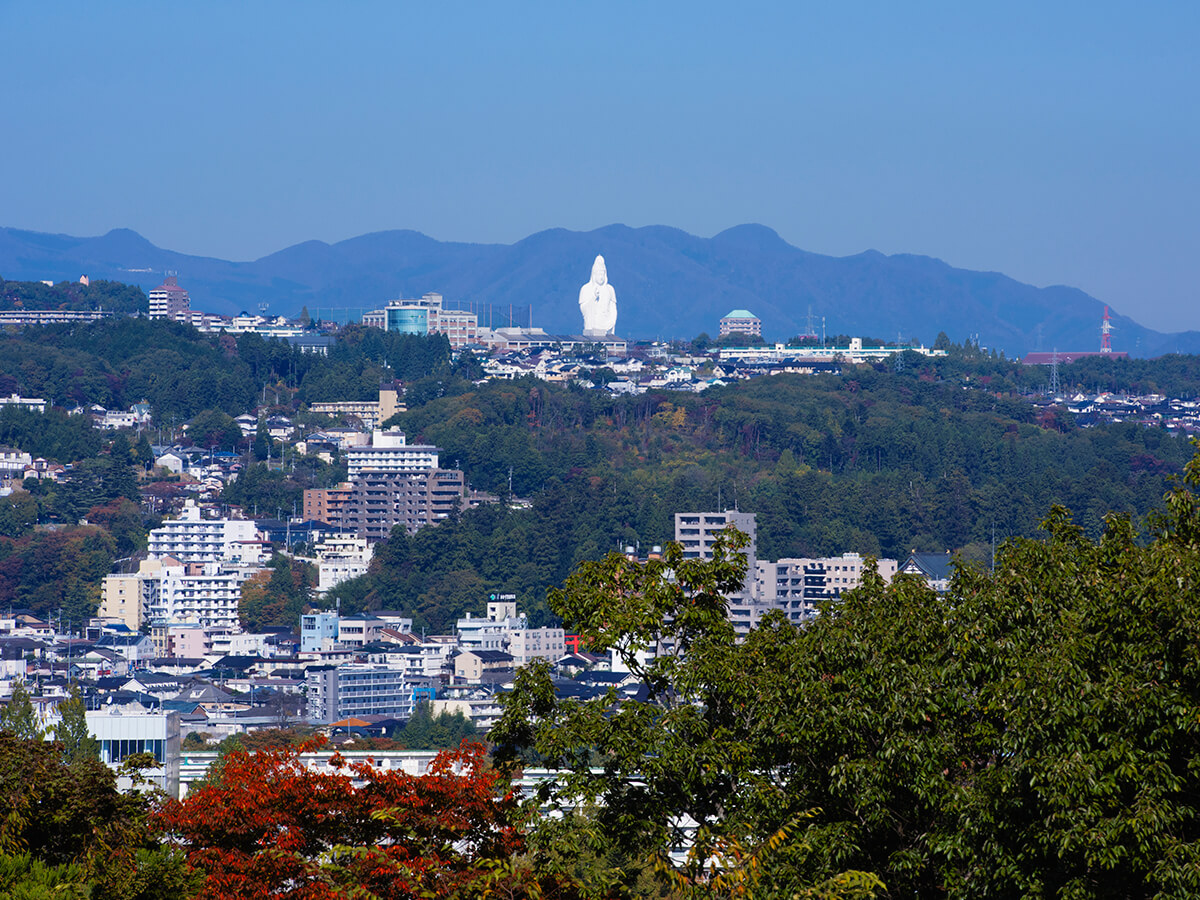 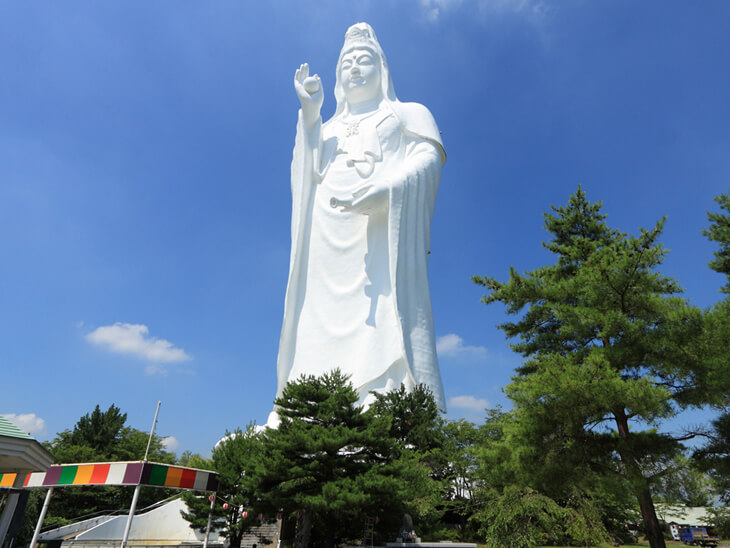 This massive Kannon statue located in northern Sendai City reaches as high as 100m. Visitors can go inside the statue, where the interior is divided into 12 layers, and view the 108 Buddha statues enshrined inside. Visitors can reach the top by using the elevator and enjoy a panoramic view from the cityscape of Sendai to the Pacific Ocean.

Things to Do at Sendai Daikannon

The Daikannon statue in Sendai is currently the fifth tallest statue in the world. Its importance is not just about the massive size and the unique skyline it gives to the Sendai panorama, but it’s also about the religious and cultural meaning of the monument. It represents the Japanese Buddhist bodhisattva, a Goddess which embodies the concept of compassion in the Japanese Buddhism. At the statue’s grand floor, you can find other 33 smaller statues, representing all the other forms the Daikannon can take. Visitors can take the elevator to the top and then descend using the stairwell.
The inner part of the statues contains 108 Buddha statues, representing each a different human emotion or desire.
Apart from the religious and cultural meaning, visitors can also enjoy the beautiful view of Sendai from the inner of the Daikannon statue. If the weather is nice, it’s even possible to see the Ocean from the top of the statue.

The Sendai Daikannon represents a Goddess embodying the concept of compassion.

How to Get to the Sendai Daikannon from Sendai Station

It’s very easy to get to the Daikannon Statue starting from JR Sendai Station.You can take the Sendai Municipal bus at bus stop number 14 from the West Exit of JR Sendai Station and get off at Daikannon-mae bus stop. This route will take you at the massive white statue in around 35 minutes. Daikannon is arguably one of the symbols of the city of Sendai, and if you are visiting the area, don’t miss the opportunity to see this towering statue and the cityscape from the top of the monument.

If it’s nice weather it’s even possible to see the Ocean from the top of the statue. 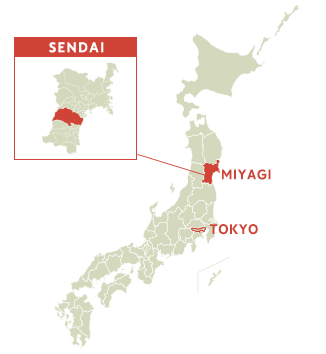